Highly trusted Tamil Translation Services by 1000+ certified Tamil Language translators, who deliver exceptional translation in 200+ language pairs for various industries, like, legal, tourism, oil & gas, real estate, technical, media, healthcare, marketing, hospitality, engineering and manufacturing sector. As a leading Tamil Language Translation Company in New Delhi UAE India Mumbai Kolkata Chennai Bangalore Hyderabad Amritsar Chandigarh and abroad, we offer you the purest form of translation under the guidance of our superbly talented team of linguistic experts. Our team is well-versed and well-nuanced with all the Indian and foreign languages, including Tamil language. Every translator is assigned to the translation assignment according to the language in which he holds maximum proficiency or the said language is his native language. Thus, our translation company maintains tandem with excellence and authenticity. 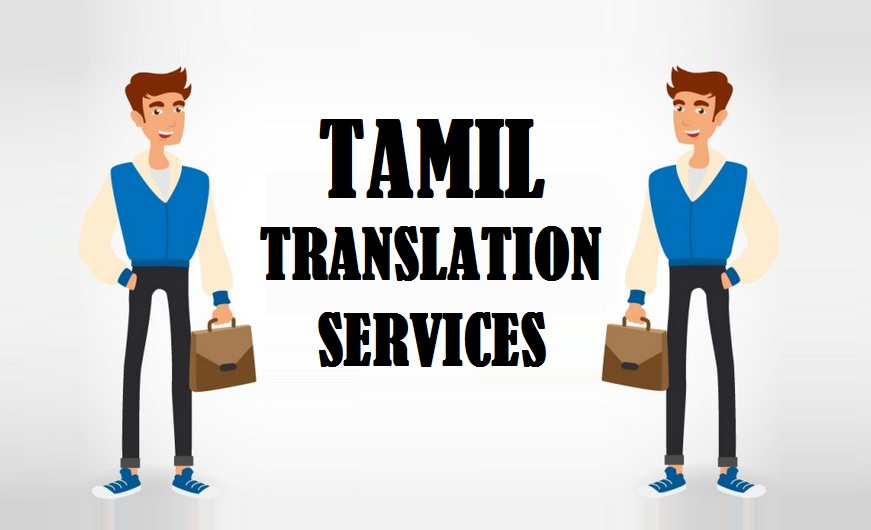 Without translation, you may come across varied unfortunate scenarios that would affect your future growth prospect –

• Missed Opportunities: The international market is full of opportunities; more than what your domestic market could offer. Hence, with no or poor translation, you will miss out a major chunk of the target masses, who would have been fruitful to your business growth, if you had outsourced translation.

• Ambiguous Communication: Communication with the target audience, if not clear, can result into losses. Therefore, the message communicated to the audience could be misinterpreted in a number of ways, in the absence of quality translation.

• You Lose: If you are not able to communicate well and missing out opportunities; it is for sure that your competitors will win and you will lose the race. You will not be able to capture new segments and will, thus, will be left with losses.

• It has almost 70 million native speakers, with a huge Tamil speaking population in India (Tamil Nadu and Puducherry), Singapore and Sri Lanka.
• In 2004, the Indian government declared Tamil as the classical language.
• Tamil is also counted among the major languages of education taught in Malaysia.
• Most of the Tamil minorities are found in United Kingdom, the Netherlands, Malaysia, South Africa, Germany, the United Arab Emirates, France, Mauritius, the United States, Indonesia, the Philippines, Canada and Fiji.
• It was the first Indian language that was ever published or printed.

Where is Tamil Spoken

The language descended from Proto-Dravidian language, according to Bhadriraju Krishnamurti, a linguist. Reports suggest that Proto-South Dravidian language was spoken during the mid of the 2nd millennium BC. Further, proto-Tamil language evolved during the 3rd century BC. Thereafter, the earliest epigraphic attestations of the language were written.
Further, this language is known for its ancient non-Sanskritised Indian literature. According to various scholars, the history of this language can be divided into three periods –

The language was also the lingua franca of traders (early maritime) from India.

A number of hurdles or challenges are often found which restricts a translator or a number of translation companies from providing quality translation at client’s end. We, however, are away from all such challenges –

The Biz world has gone global and so must you. Tamil Nadu, Sri Lanka and other Tamil speaking regions have lucrative markets and can help you widen your business horizon beyond the national boundaries. So, if you have the dreams to get global, translation is the best way to achieve that. Professional translation may help you with the following:

• New customers: Through translation, you get access to new customers joining your list. Obviously, the translated text will attract the audience and help them get aware about your brand/ product or services. As you firm you roots in the business, you will experience a higher rate of returning customers.

• A global brand: You will be transformed into a global brand, which is not just successful in its domestic market, but also in the target market. Hence, your brand will attract customers from around the world.

• Wider online reach: The majority of the population of today has gone online today. Hence, translating your website will help you to cater the worldwide online market segment that was previously out of your reach.

The business world never stops for everyone. If you do not take the right step at the right time, your competitor will catch hold of that opportunity and you’ll be left bare handed. Certainly, you won’t wish something like this to happen with you. We have seen a number of our clients to witness more than 50% of profits after getting their documents translated into the target language. So, just contact us today and rule the biz world..!!