5 Languages Spoken In Most Countries Or Exist In Unusual Locations

Research shows the 5 Languages Spoken In Most Countries differs and these Languages Exist In Unusual Locations. English that is tagged as universal language is spoken by 500 million populations. It is the most common language but still a foreign language for many countries. Stats shows there are total 2000 languages in the global world. Each of the language is spoken by less than 10000 people overseas. Some of the languages are similar in grammar while others are similar in pronunciation. The Mondrian language sounds like gibberish that can be easy for you after getting familiar with the usage. Once the language is in command it can be uttered fluently. Here we will illustrate 5 unusual languages spoken in different locations.

It is officially one of the Khosian languages. The language carries diversity in mesh conflicting dialects. The tone of the language is also very vast. Taa is also known as XOO in many regions. Many of the linguistic professionals make use of 164 consonants alone. Amongst 164 there are 111 click sounds. Different tones are high, low, mid and mid falling.

An interesting fact is “Taa” means human being and “aan” means language. So it is also known as language of human. But the languages Exist In Unusual Locations. Their names and locations are difficult to spell and find.

As soon as the languages of Africa are known two main families come in front that is Xhosa and Khoisan. The language is moving extinct in the global maps. The major reason behind the diminishing is the different lifestyle of Khoisans. Most of these language speakers reside in Southern and Central Africa. Some of them are in posh areas.

This is the smallest language found in Papua, New Guinea. It carries 12 different sounds. But there lies no tonal variations between them. The alphabets in this language are 12 letters long. The letters and words are never pronounced using nasal voice. The Rotoka speakers make fun of foreigners by creating nasal voices and tones. 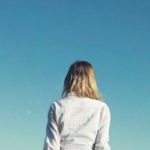 Hope you’re enjoying reading my blogs. My name is Rashmi Sinha and most of my articles are based in indepth research, facts and figures that add the weightage and purpose. The internet world is constantly changing and through blogs I like to educate people.