7 Facts Of Punjabi Translation That Makes Its Sweet Language

Indian state of Punjab is outstanding in many ways but it’s traditional in their lingo. Here are interesting facts of Punjabi language that’ll tell you its strength and implication in business world. Though there are several languages in this country but Punjabi comes under top 10 most spoken languages in the globe that also broke the national boundaries.

1- This Is A Connecting Language

This language is being names after Punjab state only and it’s the official language to communicate. One can see the banner, promotion, movies, literature book, product information, etc well adapted in this language. Companies do seek for professional Punjabi Translation Services in India to sell their brand and to make global business felt among audiences. It is the 4th language spoken in UK and 3rd in Canada after French and English.

2- Where it is most spoken?

You might have thought that it is most spoken in Punjab right but you’ll surprised to know that majority of population in Pakistan speaks Punjabi. Though it’s not given an official status and the language is also not being taught in school. Besides this country, it is also wide spreading into other countries such as United State, United Kingdom, Canada, etc.

3- How It Came Into Existence?

It has been researched that the language is derived from Sanskrit by Prakrit and Apabhraṃśa. Though Sanskrit has given birth to many lingoes of India and popular one of them is Hindi. That’s why businesses that also translate in Hindi also think of this language a bit familiar. The present Punjabi is emerged as Apabhramsha and by 10the century it became stable.

4- It Has More Than One Script

You must know that there are handful of languages in the world that can be translated in more than one script and Punjabi is one of them. It holds Shahmukhi and Gurmukhi scripts and this makes it the rarest language on this planet.

It is a tonal language where up-pitch and down pitch of voice plays significant role in conveying accurate message. This is where most of companies seek translation for better communication and representation. Translation plays an important role adapting movie just like Dangal in Chinese language in China. The phonetically tone is categorized as mid, high and low.

6- Its friendly and likely

If you speak punjabi language then you’ll get to know about its cheerfulness. It is the most likeable and friendly language because of its combo-echo words that people uses commonly for ex: roti – shoti, Chai-Shai, Padai-vadai and many more. The rhyming effect is part of people lifestyle and each combination leads to different meaning.

7- Status And Reach Of Punjabi Language

Today this language has gained importance not only in India but around the globe. It has gained tremendous status in academic, literature, publishers, marketing and ads, movies, music, sports and many other sectors. It’s beautiful to see that how native people have managed to save authenticity of this language that we get to see in today age also.

Passion and energetic of this language makes its most popular lingo on this planet. There are almost 130 million of people that speak Punjabi. Because of the fact that local people prefer to get information in their native language, majority of companies are coming forth to adapt all their marketing or assets or documents for better awareness. 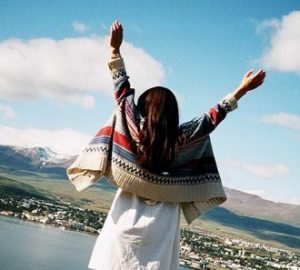 Neha Chauhan flew to Canada for higher studies and she’s been living there and helping global enterprise as translator. Her 5 years of experience had provided detail knowledge about many industries. Through informative articles, she’s on mission to inspire students or startups the scope of translation.