What’s So Trendy About Chinese Translation That Everyone Went Crazy Over It?

Who is not aware of the incredible development of the country like China. The spell of this country can count on small but can’t underestimate the growth of Chinese translation popularity which has amazed even the political bureaucrats also. Due to its massive manpower, China becomes the hot topic of conversation which continues to attract more international business. In order to successfully communicate in the global marketplace, translation between the English and Chinese languages is becoming increasingly important to conduct a smooth and understandable form of interaction between parties. So what is the translation industry in China like, and what’s so extraordinary about the Chinese language that compels everyone for translating into the Chinese language? Let’s just split down all the answer to these most trendy question:

Chinese considered as one of the most prominent languages to localize your communications among 700 million people. The number is quite huge and so is the probability to reach among a wide audience. You never know with such possibility you get the chance to expand your customer base and profits to the Chinese market.

2- Language Has No Alphabet:

Not kidding, it’s absolutely true!. Since Mandarin is the official language of China it has no alphabet. Now you might be thinking then how it’s possible to write such language in a paper without any alphabet. Well, who said to write in any language alphabet is the only medium, symbols, pictures even numbers can also be a source to portray a language. And same work for the Chinese language also where different symbols are used to convey the message and these symbols are known as Chinese symbols, Interest right!.

Mandarin has four tones due to which a word can mean four different things. This is supposed to be the most tricky but interesting aspect of the Mandarin language due to which it is considered to be one of the most widely spoken languages overseas. The tones are marked s in pinyin form which enables easy understanding and catches the flow of language. If the correct tone and pitch are conquered, it can be learned with ease due to its easy grammatical system.

Chinese language pinch more on completeness of an action relative to when it took place rather than conjugate verbs, tenses or gender-specific nouns. The lesson here is to bear in mind that Chinese doesn’t mark for genders nor even for tense, but it does mark for action.

With these the language has successfully grabbed the record for holding the ten thousand characters in use which is till now the record. And still, many new characters are being developed continuously and thus the number of Chinese characters is ever increasing.

One of the interesting parts of Mandarin is that on the whole, it’s a very logical, consistent language which tends to only indicate things once in a sentence. This is very true in Chinese vocabulary, where you can see the logic behind most words.

It’s friendly and likely- If you speak the Chinese language then you’ll get to know about its cheerfulness and sweetness added to its tone. It is the most likable and friendly language because of its combo-echo words that people use commonly. The rhyming effect is part of people lifestyle and each combination leads to different meaning.

Without Chinese translation, we would be living in provinces bordering silence all over the world. After English, Chinese is considered as the main language for the global business. People from all over the world compel to master this language to utilize its efficiency into their business. Today this language has gained importance not only in India but around the globe. It has gained tremendous status in academic, literature, publishers, marketing and ads, movies, music, sports and many other sectors. It’s beautiful to see that how native people have managed to save authenticity of this language that we get to see in today age also.

Passion and energetic of this language makes its most popular lingo on this planet. There are almost 1.20 billion of people that speak Chinese. Because of the fact that economy prefers to get information in the language which is widely spoken, the majority of companies are coming forth to adapt all their marketing or assets or documents for better awareness in China which hold strong footwork and develops a solid customer base. 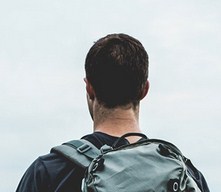 Hello guys, my name is Sunil Teotia and people known me as Independent blogger. My experience and knowledge has made me proficient enough to cater unique and engaging articles in languages and translation industry. My blog are like debate that brings factual points.For more news from TridIndia Translation, follow us on Twitter @trid_india and on Facebook at facebook.com/TridindiaIn


See Our Blogcenter
Next >><< Previous