7 Sweetest Reasons Why Bengali Translation Is So Demanding?

Introduction to Bengali language or Bengali translation seems like introducing the nerve of India. Bengal emigrant has spread its web all across the globe. The Bengali language crowned as the second sweetest one in the entire world, of course after French. It owes this prestigious title and credit no doubt goes to language sweetened with jaggery. No matter how much Bengalis love traveling and moving out of the city, but there is no denying that whenever we hear the sound of this familiar language, it’s like soothing music to our ears and burst all our stress that we have regained in our whole day. Be its wedding tradition, Durga Puja Celebration, the sound of dhaak (dhol) it has some special charm which attracts every one of us to know more about Bengal culture. The language is no doubt cocktail of many other languages which mesmerize us into its sugary coated flavor

In Bengal, sweetness runs in its people veins. So, how it can’t have an influence on its language too! Finding something interestingly sweet to heart right. Let’s enlighten some more incredible reason for this ‘sweet’ language and know what makes it so demanding.

1- Bengali is the 8th Most Widely Spoken Language In World:

Bengali is usually ranked about sixth in the world in terms of a number of people who speak it as a first language, with approximately 300 million native speakers in Bangladesh and several states in India. With such huge number who doesn’t want to channelize the language for promoting business exposure.

2- Language Expected To Grow in Future:

In 2015, the British Council published a report on the most important languages for the future. They looked at several different factors, including the languages spoken in the fastest-growing emerging economies by 2050. Out of various emerging economies, Bengali is expected soon to be the third most widely spoken language overseas, after Chinese and Hindi. So even if it isn’t a top-priority language for your business right now, that could change soon.

This language is being named after West Bengal state only and it’s the official language to communicate. One can see the banner, promotion, movies, literature book, product information, etc well adapted to this language. Companies do seek for professional Bengali Translation assistance in India to sell their brand and to make global business felt among audiences. It is the 4th language spoken in UK and 3rd in Canada after French and English.

You cannot rely on translation tools, as most of them perform poorly when translating Bengali. The sentence formation of Bengali is quite complex to formulate and most translation tools were not designed with this in mind. So the language needs the expert hand of native Bengali who is well-versed with the culture, tone and grammar formation of language to give it an appropriate sense with a touch of sweetness.

5- Bengali is a fast-evolving language:

Currently, Bengali ranked fifth in the world as mother tongue ranking and spoken by about *300 million people around the world, including native and non-native speakers. Beside that the language is spoken by the majority of the population of Andaman and Nicobar Islands and Bengali-speaking communities in the Middle East, Singapore, Maldives, Malaysia, Australia, Japan, UK, USA, and Canada. With such great evolution, possibilities are there

6- Language Has More Than One Script:

You must know that there are bountiful of languages in the world that can be translated in more than one script and Bengali is one of them. It holds Sadhu bhasha and Chalito bhasha scripts and this makes it the rarest language on this planet. If you want to translate any legal document into its language then you have to take ‘sadhu bhasa’ priority on first without it sentence formation can emerge appropriate. In that form, the verbs are longer and the words are more formal.

7- Status And Reach of Bengali Language:

Today this language has gained importance not only in India but around the globe. It has gained tremendous status in academic, literature, publishers, marketing and ads, movies, music, sports and many other sectors. It’s beautiful to see that how native people have managed to save authenticity of this language that we get to see in today age also. With such massive number probability are there it can open up big opportunity to expand the horizon of your business and give a new voice to your brand- Bengali

Sweetness added to this language makes its most popular language on this planet. There are almost 130 million people that speak Bengali. Because of the fact that local people prefer to get information in their native language, the majority of companies are coming forth to adapt all their marketing or assets or documents for better awareness. A professional Bengali translation provider will be able to help you navigate the opportunities of the Bengali language to ensure your message gets through loud and clear to your audience. 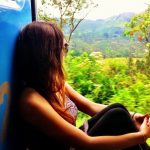 Hope you are having a nice day, my name is Manju verma and I believe spreading updated knowledge of translation industry. It is my passion and love that made me success in this creative field. I love exploring new horizon of cultures, languages and traditions that made me write detail articles.For more news from TridIndia, follow us on Twitter @tridindia and on Facebook at facebook.com/Tridindiain